With the recent death of Osama bin Laden near Islamabad, the whole world has gone crazy for Navy SEALs. Everybody wants to know what it was like for SEAL Team Six to carry out their heroic mission last weekend. Others want to know what it takes to become one.

Navy SEALs are the United States most elite force, thanks to their ability to operate on sea, air and land. Being able to conduct missions underwater separates the SEALS from most other military units in the world, but it's not easy becoming one. The training is the most vigorous and harsh out of all the U.S. forces.

Training starts in the Naval Special Warfare Preparatory School in Great Lakes, Illinois, lasting two months. It's purpose is to prepare potential candidates for the rigorous activities they'll face at BUD/S (Basic Underwater Demolition/SEAL Training). They're given a physical screening test, where they must meet the following guidelines:

If they don't pass, they're removed from training and are reclassified into other Naval jobs.

Then comes BUD/S orientation in Coronado, California, which lasts for 3 weeks. SEAL instructors introduce the soldiers to obstacle course and other training aspects to prepare the candidates for First Phase training.

First Phase is the basic conditioning section, lasting 7 weeks long and focusing on developing teamwork and improving physical skills, water competency and mental tenacity. Each week, they are force to one-up the last week's training, with more running, swimming and calisthenics. They're graded on their timed performance in a four-mile run, obstacle courses, and 2-mile swim. But the biggest part of First Phase training is Hell Week, where candidates sleep for 4 hours during a near 6-day span, despite running over 200 miles and performing 20 hours of demanding training each day. This is where most fall out.

Second Phase includes the combat diving phase, also lasting 7 weeks. Soldiers learn underwater skills that separate them from other special forces such as Delta and Rangers. They become combat swimmers, learning open- and closed-circuit diving and take part in one of the most notorious training aspects—the Drown Proofing Test. Those not completely comfortable in water usually struggle to succeed.

Third Phase is focused on land warfare, another 7 weeks of training. This is where they get their weapons, demolitions, land navigation and other training. For the final three weeks of training, soldiers practice what they've learned on Clemente Island, 60 miles from Coronado. Once they've gotten this far in BUD/S, they usually make it to SQL.

Finally, they hit SQL (SEAL Qualification Training) which lasts a grueling 28 weeks. Upon completion, soldiers receive their SEAL Trident, marking them an actual SEAL. After that, they're assigned to a SEAL Team to begin preparing for their first deployment. 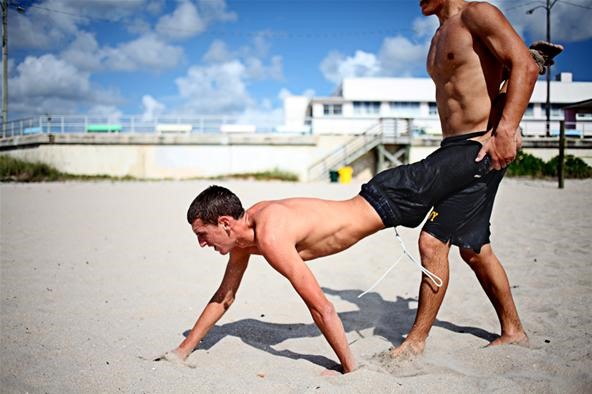 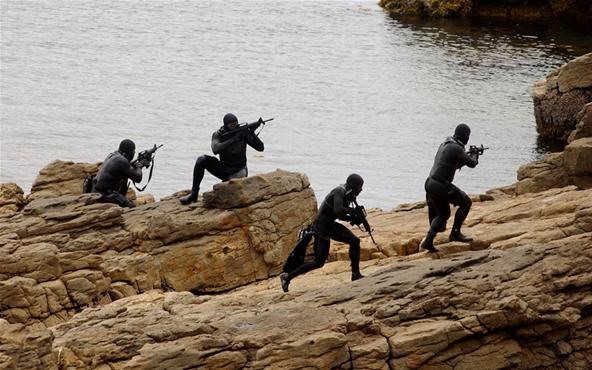 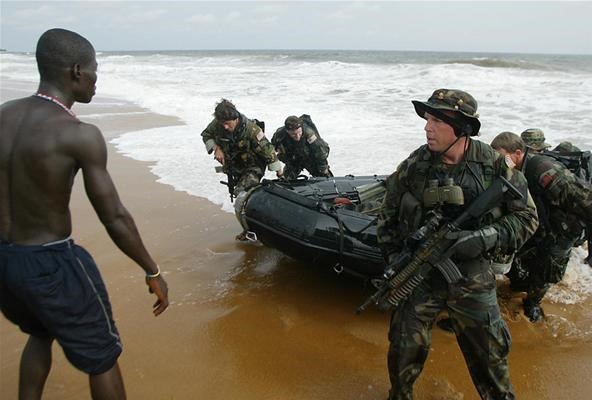 Check out the entire picture gallery over at The Daily Beast.

If you're interested in becoming a SEAL, the official Navy SEAL website has a Training Guide you can use to get used to the physical demands you'll encounter in SEAL training.

Want to master Microsoft Excel and take your work-from-home job prospects to the next level? Jump-start your career with our Premium A-to-Z Microsoft Excel Training Bundle from the new Gadget Hacks Shop and get lifetime access to more than 40 hours of Basic to Advanced instruction on functions, formula, tools, and more.

Other worthwhile deals to check out:

Join the Next Reality AR Community

Get the latest in AR — delivered straight to your inbox.

That is very hard to do woow